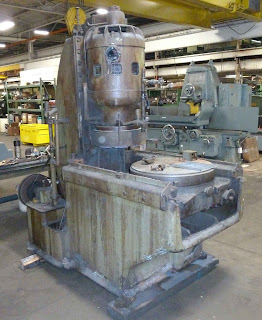 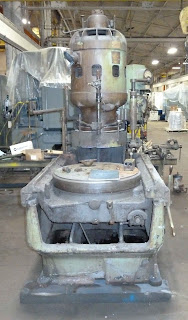 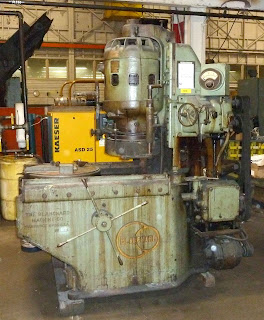 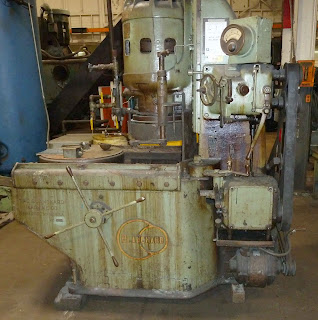 Here are some pictures of the Antique Blanchard Grinder from 1919, which we have been restoring to put on display. These pictures were taken immediately after the 92 Blanchard arrived at F.P. Miller Co. in Jackson, MI. This machine is so old that women were not even allowed to vote in the United States when it was originally built!
Posted by petebisbee at 6:13 AM